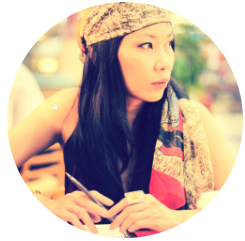 Nova Dien is a professional photographer and freelance travel writer for such publications as ELLE Indonesia magazine, Venture Indonesia and Femina, the largest women’s magazine in terms of circulation in Indonesia. This blog is the compilation of articles from her trip that have been published in several magazines in Indonesia.

” I love travelling! (who doesn’t?), but as a slow traveler, I prefer to do so on my own or with just a few friends as to be more flexible in my explorations. I prefer taking pictures of sharks rather than of myself, or sipping the local Jordanian black coffee instead of shopping in Los Angeles.

I wish I could be rich by writing and taking photos, if I could. Shoulda, Coulda, Woulda. That’s what’s keeping me still working for a USA-based IT software corporation in Jakarta. My fave city is San Francisco and I would not mind to moving to New York, only if I was the next ‘Apprentice’. I describe myself as a fun diver at 18m depth max, clear water, 10m visibility, no current, with lotsa fish and colorful corals such as in Bunaken and Wakatobi, and oh, I like all kinds of food including jungle rats and bats, as those are on the daily menu back in my hometown, Manado. :)” 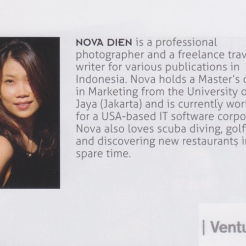 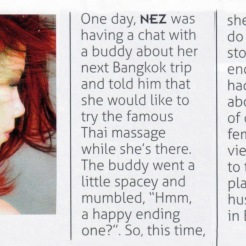